In the 20th Beautiful Toilet Grand Prize Contest sponsored jointly by the Ministry of Public Administration and Security, the Chosun Ilbo which is one of the major newspapers in South Korea and the Toilet Culture Citizens' Solidarity, Kohler Gimpo airport showroom won the silver prize.

The Grand Prize is a competition that is held each year to spread and settle clean and beautiful toilet culture. A total of 77 public toilets, including local governments, public institutions, and schools, participated in the contest, and a total of 32 places were selected as beautiful toilets after the first document screening, the second screening and the third screening. Kohler Gimpo airport showroom won was selected for the statue. The awards ceremony was be held at the press conference room of the Korea Media Promotion Foundation at 2 pm on November of 12th.

Kohler Gimpo airport showroom, which was awarded the silver statue, were installed last year.On the outside, there are artist editions, composed, beitou and artifacts with various finishes on the front of the toilet wall. Inside, there are a Premium suite toilet and private toilet for disabled people, Diaper changers and infant cradles are installed. 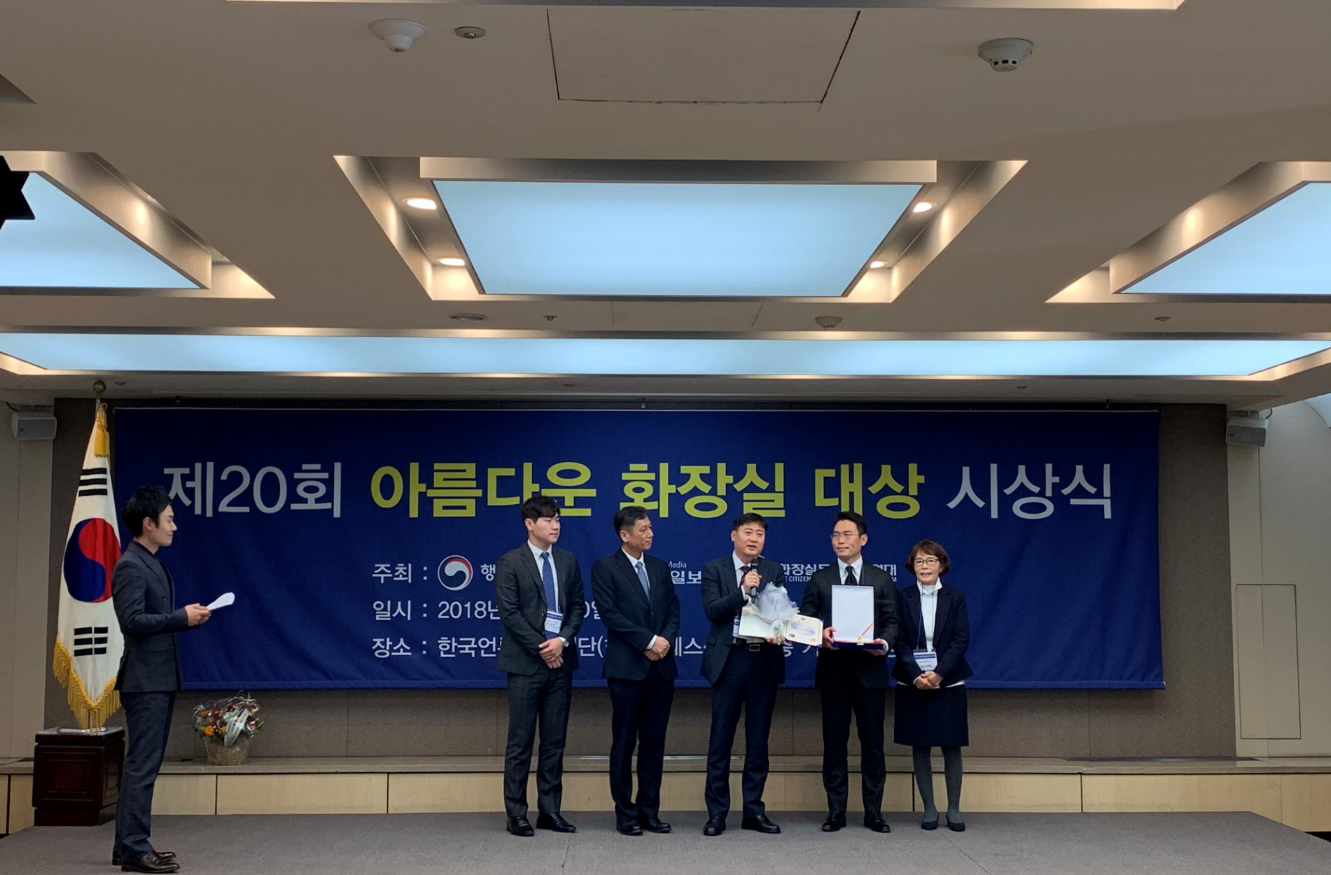